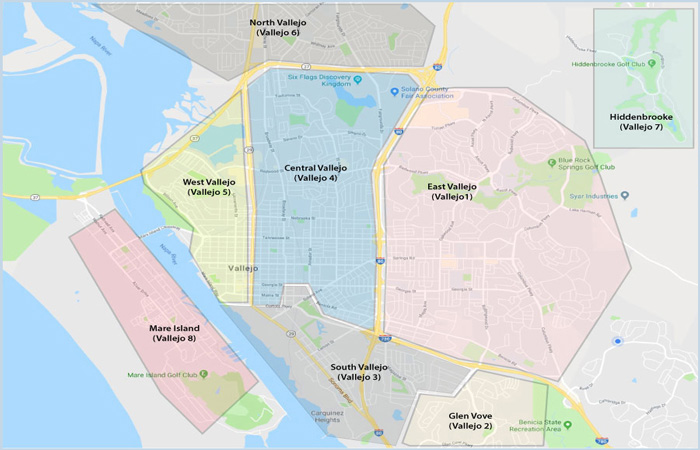 A city nestled within the stunning San Fransisco Bay Area, Vallejo is a charming coastal destination situated along the San Pablo Bay. With a history that dates back to 1851 and some of Northern Californa's most popular attractions, like Six Flags Discovery Kingdom, Vallejo Naval and Historical Museum, and the 1911 Empress Theater, there's a lot to love about this popular town.

A Jewel in California's Crown

Once home to numerous Native American tribes, including the Coastal Miwok, Suisunes, and other Patwin tribes, Vallejo has long played a role in the history of both California and the United States.

The city, named after a Mexican military leader involved in the Rancho Suscol Mexican land grant of 1843, was officially founded in 1851. Its intended name was Eureka, but after a statewide referendum accepting General Mariano Guadalupe Vallejo's proposal, a new name was decided upon. Vallejo served as the initial state capital of California in 1851 and again in 1853, although the second meeting served only as a formal convocation in preparation to move the capital to Benicia – a neighboring city named for Vallejo's wife. To help overcome the loss of the state capital, the government proposed a naval shipyard to be opened on Mare Island, which functioned until 1996.

Vallejo was built with wealth and prestige in mind, leading to a beautiful collection of Victorian-inspired and Craftsman homes, many of which are still standing today.

A Hub for Art, Culture, and Commuting

Vallejo played an important role for the state of California in its early days, and today is no different. As one of the larger cities making up the Bay Area with around 120,000 residents, many commuters to San Fransisco call Vallejo home. This is for good reason, too; public transportation could be better in the region, with commutes by car averaging around an hour. However, from Vallejo, a ferry to San Fransisco is available, saving commuters 30 to 60 minutes – an incredibly valuable commodity for families.

In addition to providing convenient access to the surrounding cities, there's a lot to love about life in Vallejo. Residents can take advantage of dozens of local activities, including a large 4th of July Parade, Farmers' Markets in the summer, Shakespeare in the Park, and even the Northern California Pirate Festival.

Due to the lower rents in Vallejo, many artists choose to open studios in town rather than in San Fransisco or Oakland, leading to a huge revival of the local art community. On the second Friday of every month, the city hosts the artist-run Vallejo Art Walk, providing an easy way for visitors and locals alike to explore the area art scene.

Due to its desirable location, important legacy in California, and cultural activities available all year round, Vallejo is among the most desirable real estate markets in the Bay Area. Home prices have been on the rise for years; according to Zillow, rates rose 11.6% over the past year with a projected increase of 8.3% over the coming 12 months. Averages currently hover around $407,000 for a family home. For those seeking a wonderful place to settle down with the opportunity to commute via ferry to San Fransisco, there's never been a better time to make an offer.

For those seeking a home in the Bay Area, virtually nowhere compares to Vallejo. With events, art, culture, and an easy commute to the major business hubs in the region, Vallejo is the perfect marriage between fun and functionality.

Here is your opportunity! Cosmetic Fixer in North Vallejo. The corner lot and spacious backyard make this the perfect home for you. Large kitchen along with spacious bedr...

Great location. Close to schools, hospitals, shopping and freeway. Diamond in the rough. As-is sale. Home needs some TLC. Bring you contractor and your imagination and ma...

Cute 3 bedroom/1 Bath home in Vallejo which has been renovated with new flooring all the way around, new paint both inside and out, new landscaping and a fish pond out ba...

Come check out this cute and clean home. Condo pricing with no HOA rules or fees! Vaulted ceilings and Skylight in Kitchen makes this home light and bright. Washer Dryer...

Don't miss out on this 2bed 1bath cottage style home with a huge backyard! This home is full of charm and unique characteristics you can't find easily today. Bonus detach...

This is a wonderful single story 3 bedroom 2 bath house . A large back yard and side yard. If you are looking for an investment property there is a good standing tenant i... 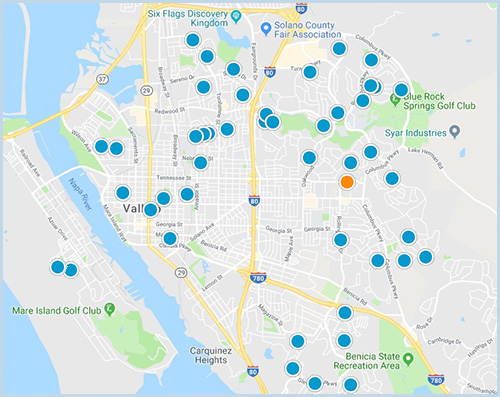